As the new year starts, I wanted to take the time to wrap up my thoughts from our 2 day Cuban adventure. We visited the city of Havana and had the absolute best time. The city is such an interesting place, the people are excited to talk to you and the history is incredibly rich! Take a peek at some of the things we did in Havana below.

In our typical fashion of cramming as much into our vacations as possible, we did so much on this trip that I am going to split it up into two posts. Take a peek at some of the things we did in Havana on our first day below.

First up on our tour was going to the iconic Plaza de la Revolución. This square is very notable as being one of the many spots that held political rallies and is where Fidel Castro would address his people. The square is surrounded by government buildings, the two most famous being the buildings pictured below. The building that I am standing in front of is the Ministry of Communications with a steel sculpture of Camilo Cienfuegos, a Cuban revolutionary. The other building is the Ministry of Interior and the sculpture is of Che Guevera, a major figure of the Cuban Revolution. 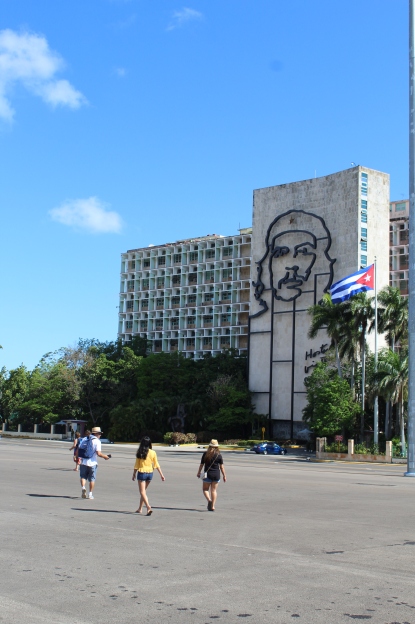 Next on our agenda was a visit to Fusterlandia, a neighborhood that was transformed by artist José Fuster. Fuster stated that his influences were Picasso and Guadi, which after walking around the area, makes perfect sense!

The neighborhood is a colorful, mosaic art piece that can get a little overcrowded, so I was glad we were able to visit in the morning. There are a few houses that the locals have created a store front out of and they sell handmade (and a few not-so-handmade) items to commemorate your visit. 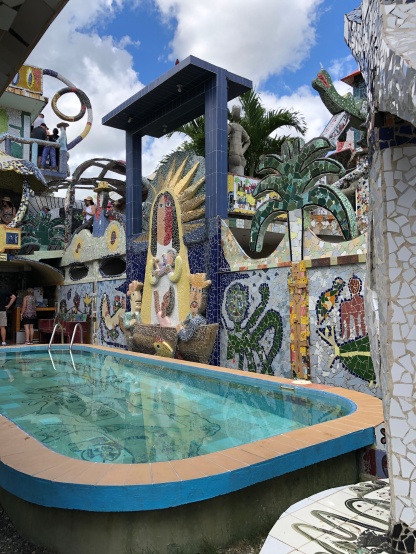 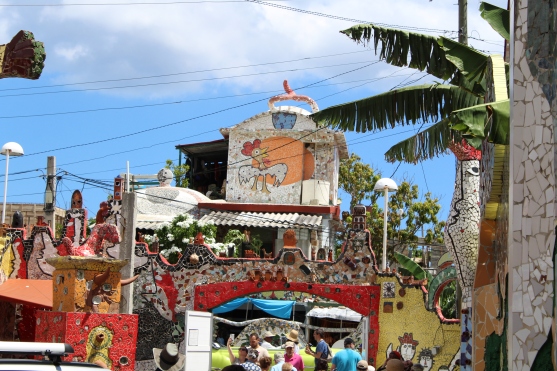 Next up was a quick visit to the largest cemetery in Cuba, Colón Cemetery, named after Christopher Columbus. It’s important to note, that this cemetery is so huge that they have over 30 funerals a day. There are so many people being buried at Colón Cemetery that the chapel (which is gorgeous by the way) only allows a 10 minute service per person.

The main drag of the cemetery that leads to the chapel, is where the wealthiest people bought plots of land for their families. Many of these wealthy people, however, fled right before the revolution so many of the plots are empty, since the government cannot seize the plots. Only the people who have the deeds to the plots are allowed to use them. Since these plots are so prominent (and expensive) there are not many average Cubans who are able to afford these plots. Crazy fact, since there are so many people buried at Colón Cemetery, people are only allowed to be buried for 3 years, then they are dug up and the bones are given to the family members! The history of this cemetery is fascinating and I felt like I could have stayed there for hours!

Next up, is lunch! We were able to get a private room at Ernest Hemingway’s favorite lunch spot. We were served his favorite drink, a mojito, and a variety of Cuban food. During our meal, a live 5-piece band came and played some Cuban hits! I didn’t know any of the songs, but it was impossible not to smile and enjoy the music!

Following lunch, we visited Ernest Hemingway’s house, which is exactly as he left it in the 1960s. After he died, the Cuban government would not allow his family members to remove many of his items, so his house is frozen in time. After that, we popped over to Havana’s largest market for a little shopping. The market was cool to walk around in, however it’s important to mention that every third booth had the same thing and the sellers were a little aggressive.

Aaaaand now, it’s time for my favorite part of the whole day! After our tour was over, the tour company dropped us back at our boat, but we weren’t ready for the day to be over. There were quite a few taxis circling around, so we decided to grab one and see where they took us! We negotiated a price before we left and we were off! As our cab driver drove us around the city, he pointed out different hotels, museums, schools and even the US Embassy! It was an amazing experience to be able to hear about Havana in a less formal way. Plus he let us pretend like we were driving the car to take pictures!

Many of the cars (including the taxis) are old Fords, Buicks and Chevys from the 50s and 60s, before the United States imposed a trade embargo on Cuba. Since the Cuban people could not get new cars from America, they were forced to continue to fix and maintain the cars that they had. This made for a very fun ride around the city, except when it started to rain!! Even though the convertible had a top that could come up, it was so old it took the driver and J a few minutes (while we all got drenched) to get the top up! 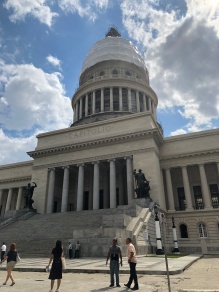 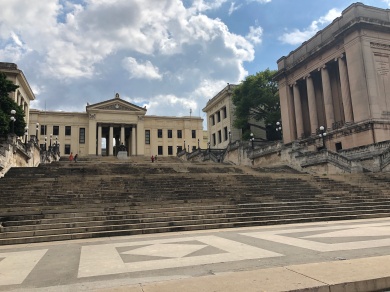 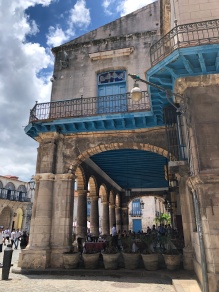 I hope you enjoyed reading about our trip to Cuba! I promise a second post will be coming soon, describing the our 2nd day of activities. I can’t wait to share more with you!

Hey, I’m Madison, but you can call me Mad. Follow along as I blog about, home decor, DIY, thrifting, and sometimes even my travels! Thanks for stopping by! Read More…

I SHOULD BE THERE RIGHT NOW. #openingdayathome
People watching is the best
Who’s the real 3rd wheel here?
First night in Vegas!