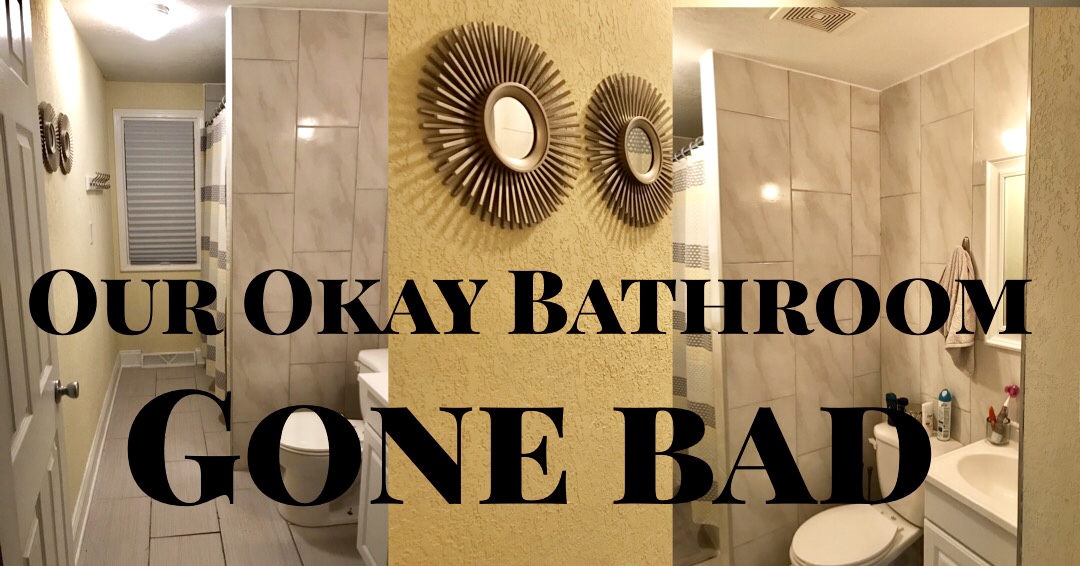 We’ve just about finished our mini-renovation of our bathroom and let me tell you, it already looks so much better! I can’t wait to show you what we did! Our bathroom has never been a dream bathroom, but it was functional and nothing was wrong with it… until a few months ago.

When we moved in, I knew that long luxurious baths were not in the cards for me in this bathroom. The layout isn’t the best, but it worked! The people we bought our house from had just installed a new toilet, new vanity, new floor and new tile on the wall (more on that, later), so I couldn’t find much to complain about. Check out the before pics below!

Fast forward a few months. J and I started to notice that the grout on the tile on the floor had started to come up in a few places. It quickly escalated and soon we were sweeping and vacuuming our bathroom multiple times a week, due to the chunks of grout coming up. No big deal, we thought. We can just re-grout the tiles and we should be good.

WRONG. Since the grout was no longer holding the tiles in place, they started to give under the weight of being walked on daily. Once they started to shift a little, the shifting led to cracking, which led to whole chunks of the tile coming out.

At this point, there was not going to be an easy fix. I figured that since we were already going to have to rip out the tile, we might as well call a few contractors to get a quote to see what re-doing the entire bathroom would cost. I was figuring it would be about $10k-$12k and boy, was I wrong! We called two different contractors out to quote us and they both said it would be upwards of $20k. Woof!

Since that was way out of our price range, we decided to tackle this bathroom ourselves. That plan started with ripping out the floor and painting, but turned into a bit more! We didn’t want to spend a ton of money upgrading a bathroom that could potentially be redone in the future, so we tried to stick to the basics!

Keep following along as I share the complete reveal of our new(ish) bathroom! Thanks for reading and as always, leave a comment below with any thoughts! 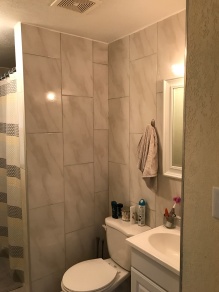 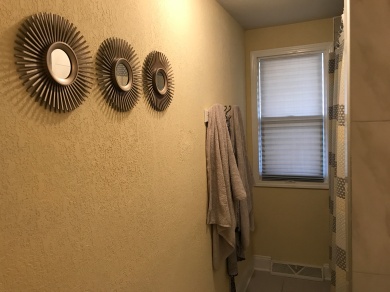 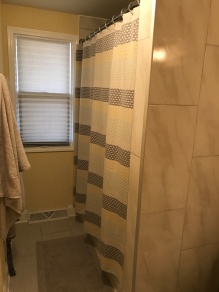 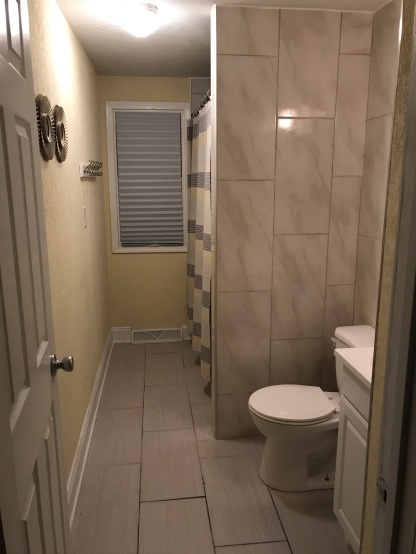 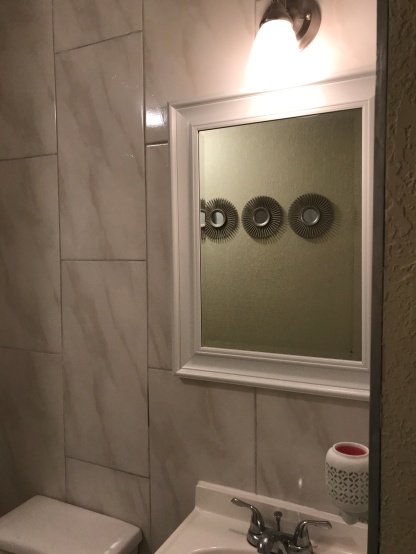 One thought on “Our Okay Bathroom Gone Bad”

Hey, I’m Madison, but you can call me Mad. Follow along as I blog about, home decor, DIY, thrifting, and sometimes even my travels! Thanks for stopping by! Read More…

Paraphrasing Michael Scott seemed appropriate to announce our exciting news! Baby Kiser is on the way!
Happy Mother’s Day, Mom!! AND Happy Birthday Dad!!
Happy quarantine birthday to my favorite human!!! One day we’ll be able to see a baseball game again and even travel, but until then thanks for being the best quarantine buddy there is!